The Sales Analytics tool has helps sales managers and their team members to better understand how they are performing. These reports are derived from the values of certain default deal properties and deal pipeline settings.

Once you've customized a report, you can save the report or add it to a dashboard. 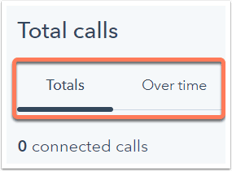 Please note: when using the pipeline filter, the report will only show deals currently in that pipeline and will not show closed deals.

Analytics Tools
Thank you for your feedback, it means a lot to us.
This form is used for documentation feedback only. Learn how to get help with HubSpot.