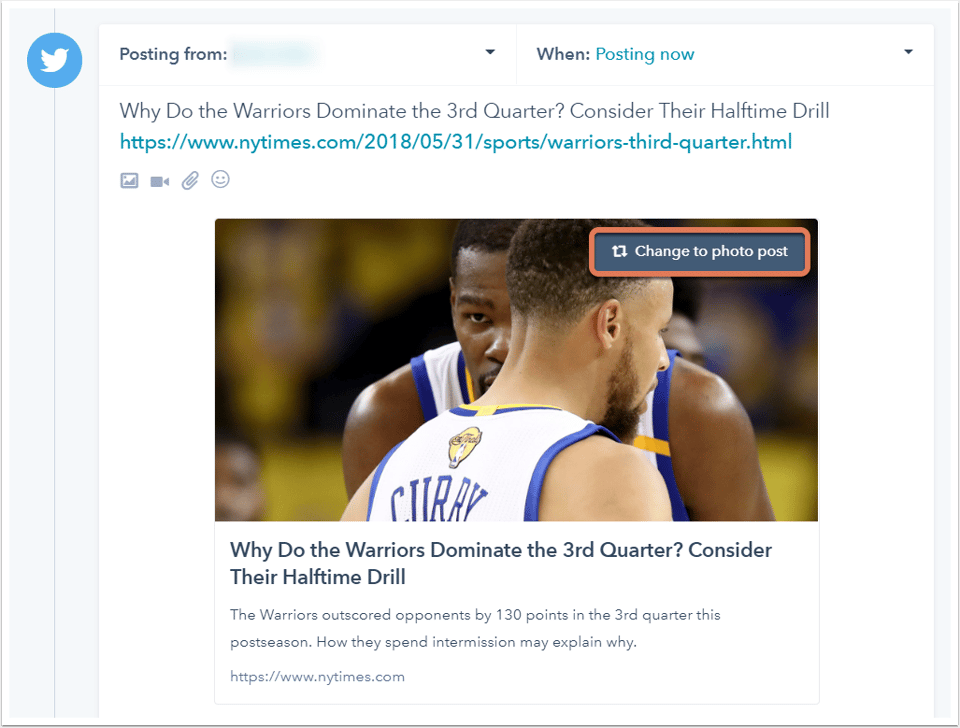 This allows you to select or edit other images associated with the content, replace the featured image with your own custom image, or remove the featured image altogether. However, the link preview (i.e., the text below the image) in the original Twitter card will be lost. 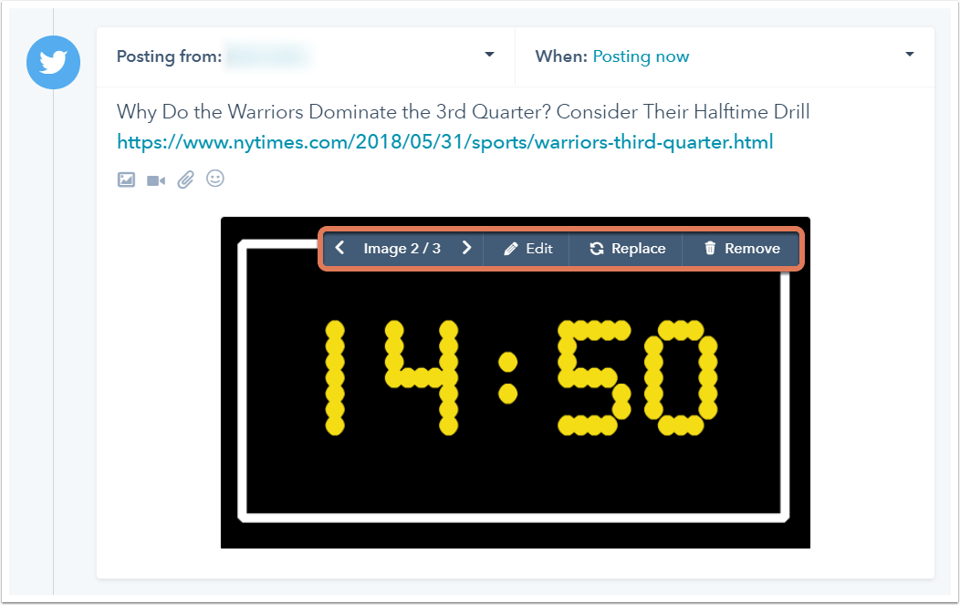