Ad blockers may block some of the content on this page. To prevent this, pause your ad blocker while browsing the Knowledge Base.

You can analyze the performance of ad campaigns from your connected Google, Facebook, and LinkedIn ad accounts by creating reports using the custom report builder.

You can use data provided by each of the ad networks, such as impressions, clicks, and amount spent, and break it down by each ad campaign.

Please note: only LinkedIn data created after November 2021 will be available to use in the custom report builder.

To start building your report: 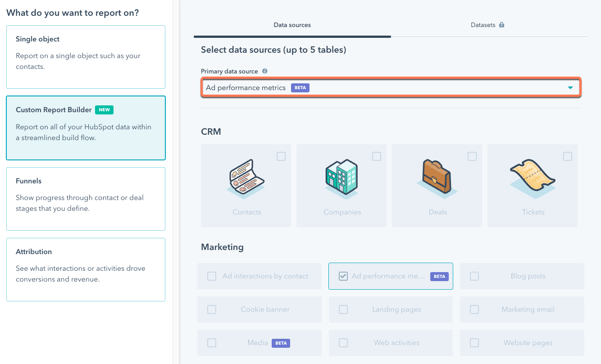 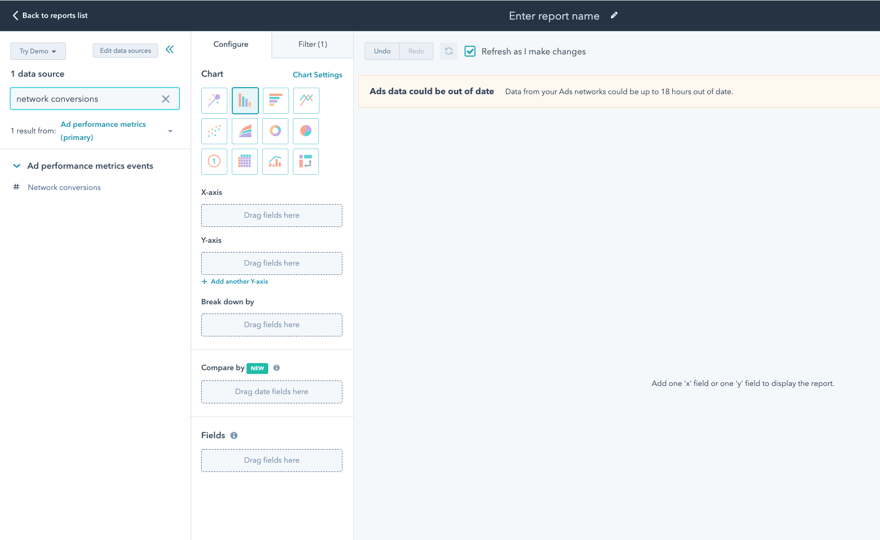 Learn more about how to configure your report's filters, appearance, and settings.

As you build your report, you can add properties from your ad campaigns, including performance properties, along with identification properties such as a specific ad group ID or keyword ID.

The performance metrics from your ad campaigns below are available as you're building out your report.

You can report on how specific accounts, campaigns, ad groups, and ads performed by using the properties below. You can use the name of an asset to build your report, or you can use the associated ID provided by the corresponding ad network: