In your HubSpot account, you can merge two deals into one record. Before you merge your deals, understand what happens to the data on the deal records.

Please note: once you've merged two deal records, it is not possible to unmerge them. 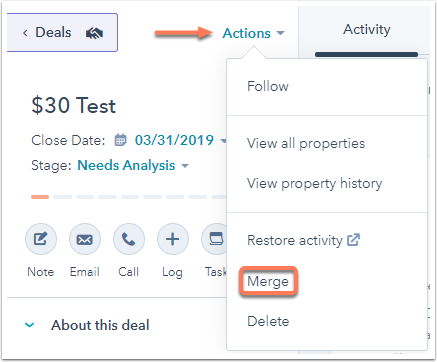 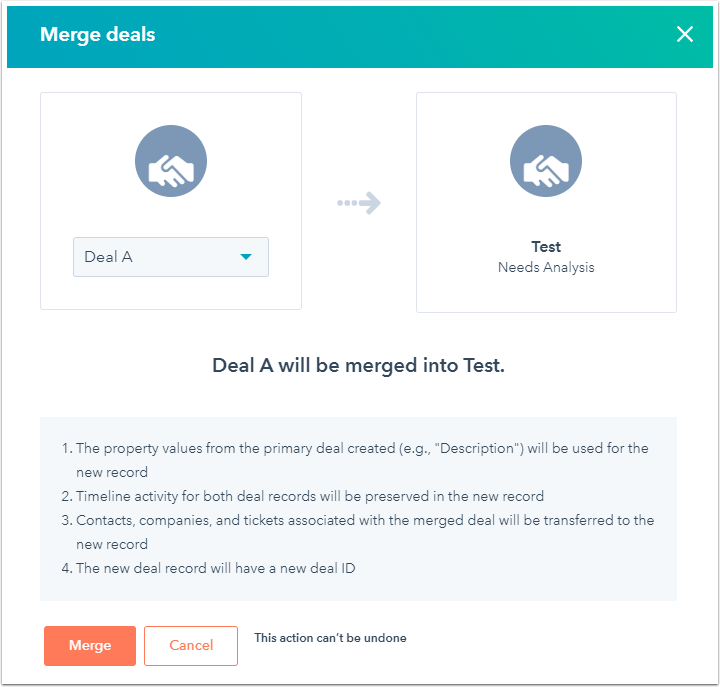 Please note: you cannot merge deals if the deal records have been included in a combined total of 250+ merges (e.g, Deal A and Deal B have been involved in 130 merges each). Once the limit is reached, you need to either create a new deal or manually edit the deal record instead of merging.

What happens when I merge two deals?

Once you merge two deals, a new deal record will be created with a unique deal ID.

When you merge two deals, the new deal record will adopt the property values of the primary deal. The following properties are exceptions:

All associated objects and timeline activities of both records will be merged and will appear on the new deal record.